TOP 5 Gardens and Parks in Yokohama 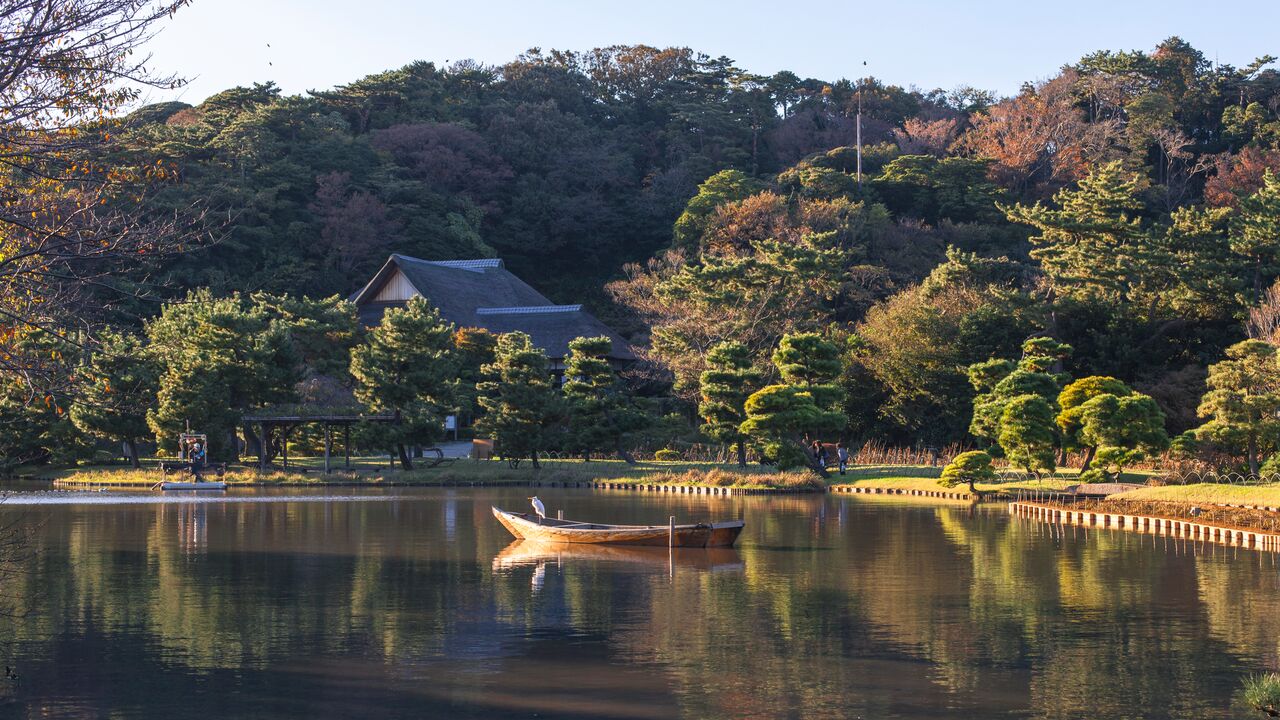 A modern and dynamic city, Yokohama is known for its historic downtown port district and cutting-edge architecture yet wandering around you soon discover that it's also a place boasting an abundance of greenery. Beyond or sometimes nestled in between the skyscrapers and futuristic buildings you'll find many idyllic parks and gardens. There are some wonderful locations to enjoy a picnic in, gently stroll around or just stand back and admire. For families, there are also various spaces throughout the city for children to play. Here's a look at five of the best parks/gardens in Yokohama.

A picturesque and charming garden that feels a million miles away from the hustle and bustle of city life, Sankeien is a huge area of land boasting a wide range of seasonal flowers, a large pond, and several buildings that have been declared Important Cultural Properties. The garden was designed and landscaped by silk trader Sankei Hara (real name Tomitaro Hara) in 1906. It's a charming place to visit whatever the season, though, is particularly alluring from late winter to spring when first the plum and then cherry trees are in full bloom. You can also marvel at a variety of other flowers including water lilies, azaleas, and wisterias. Another great time to visit is in the early part of summer when the popular Firefly Evening takes place.

A hidden gem tucked away in Southern Yokohama, Shomyoji Temple is slightly off the beaten track but well worth visiting if you have a few days in the city. The temple, which dates back to 1258, is an impressive building in itself, however, what really makes this place stand out is the idyllic jodo-style garden and aji pond with two magnificent crimson-painted bridges. The cherry blossoms are a wonderful sight in spring, as are the yellow irises in the summer. In early May Japanese arts such as Noh and Kyogen (classic comedic drama) are performed on a stage surrounded by bonfires. Famous Welsh group Manic Street Preachers filmed the video for their iconic song Motorcycle Emptiness in the temple’s garden.

Opened in 1930, Yamashita Park became a symbol of Yokohama's recovery following the Great Kanto Earthquake of 1923. Rubble from the disaster was utilized to create Japan's first seaside park which is now one of the most popular spots in the city for both tourists and locals. It's a delightful stretch of land with fountains, a variety of flowers, and numerous statues including the famous Girl with the Red Shoes, the Girl Scout, and The Guardian of Water presented as a gift from Yokohama's sister city San Diego in 1960. One of the best things about Yamashita Park is being able to sit back on the grass looking out at the imposing NYK Hikawamaru, an ocean liner that is open to the public as a museum.

Walking around the Yamate district, one can imagine what life was like for the many foreigners who lived there during the Meiji Period. Of the several western buildings in the area, two of the most impressive are located within the Yamate Italian Garden, namely the American-style Home of a Diplomat, one of Japan's Important Cultural Properties, and Bluff No. 18 House, which was owned by the Yamate Catholic Church until 1991. As for the garden itself, it's a gorgeous area with a fountain, stone pavements, and geometrically-shaped flowerbeds. Though conveniently located up on a hill near Ishikawacho Station, it doesn't draw particularly large crowds. From the garden, there’s a great view of Minato Mirai and Bay Bridge.

A paradise for kids and quite a fun place for adults too, Kodomo no Kuni (Children’s Country) is a vast area of land – around 100 hectares - with a farm, a 110-meter slide, a mini steam locomotive, an outdoor pool (opens July to August), an artificial river, sports fields, a barbeque area, a pond where you can go boating, and so much more. The list of activities just goes on and on. There’s something for people of all ages. The hugely popular park first opened back in 1965 on May 5 (Children's Day) to commemorate the Royal Marriage of Prince Akihito and Princess Michiko, the current Emperor and Empress of Japan.

Find out more on Outdoor and Sports!