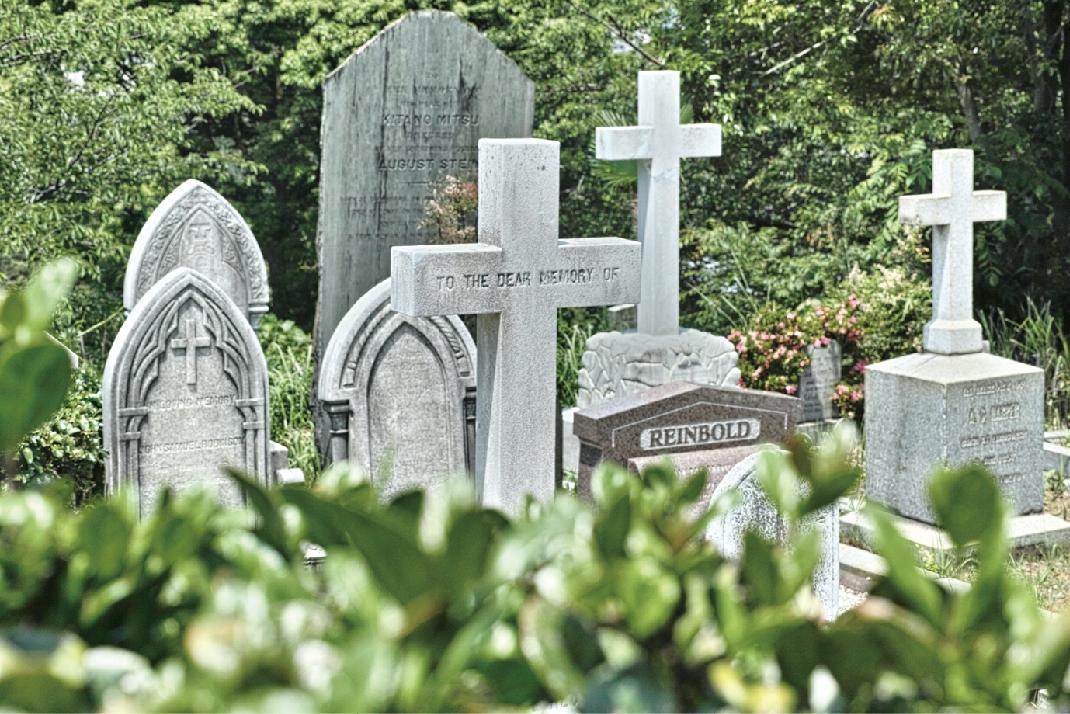 In 1854, when Commodore Perry returned to Japan with a squadron of seven warships for negotiations to open up the country, a marine aboard the Mississippi fell and died. Yokohama Foreign General Cemetery was founded when Perry requested for a piece of land looking over the port to be used for burial of the marine and also as a cemetery for Americans. On Open House days, visitors can follow a route to circle the grounds. The tour will take approximately 10 minutes, and you will be able to see the tombs of historical figures by following the map on the pamphlet handout.

12:00-16:00
Normally closed but Cemetery is open to Donors from February to July and from September to December on weekends and national holidays (except bad weather).

A pamphlet is offered in lieu of donation (200 or more).