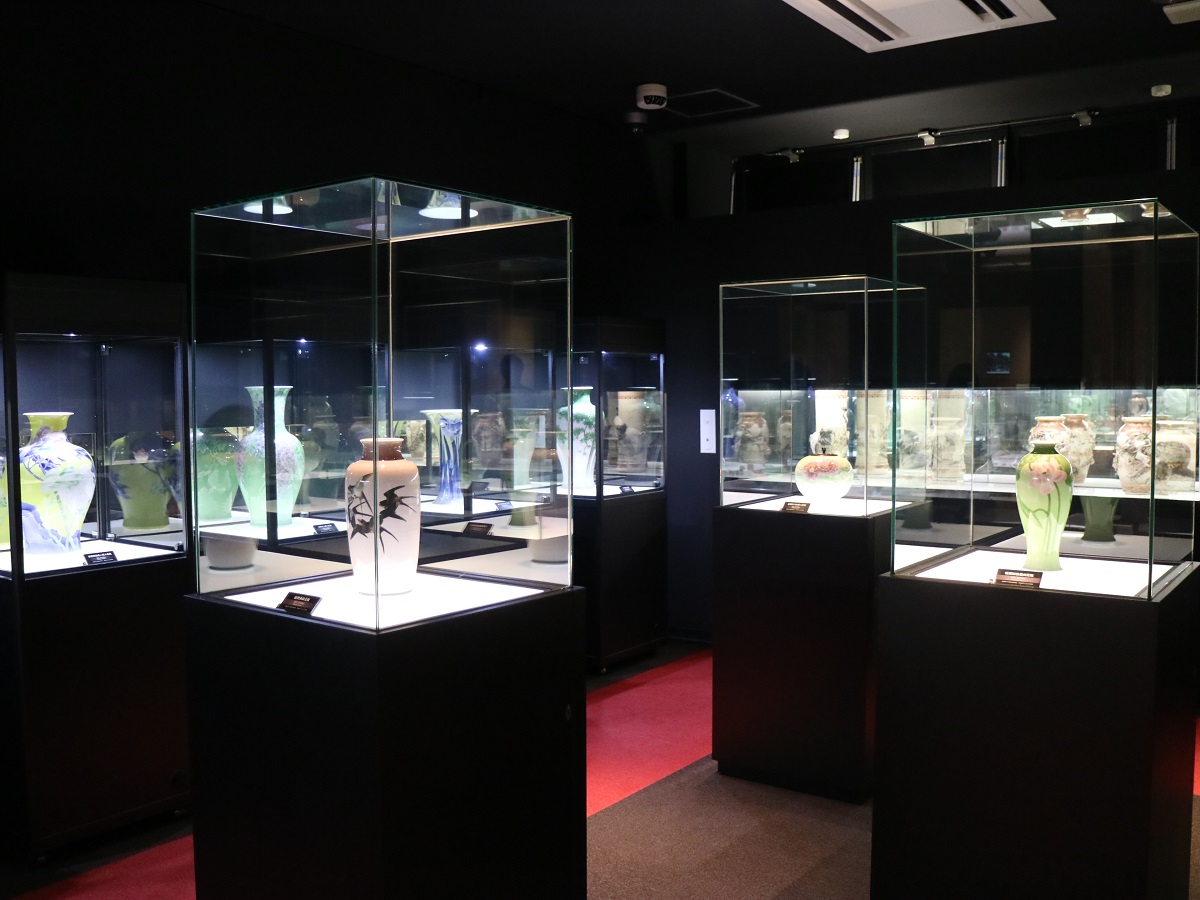 Makuzu Ware of Yokohama that Surprised the World-

Miyagawa Kozan was born in Makuzugahara, Kyoto, into a potter's family in 1842. At age 29 he moved to Yokohama to manufacture ceramic ware for export and created his Makuzu Kiln in Fujiyamashita Ota-mura, Yokohama in 1871. Makuzu ware desplayed at the Philadelphia Centennial Exposition in 1876 received high praise, making its name known throughout the world. It was also admired and received medals in other international expositions in France, U.S.A., and U.K. Makuzu ware was passed down to his decendants, the second and the third generation Miyagawa Kozan, but in 1945 Makuzu Kiln suffered catastrophic damage in an air raid on Yokohama, which forced the Kiln to give up making ceramic ware. Despite efforts of the fourth generation Miyagawa Kozan to rebuild the Kiln, its history was brought to an end. Mikazu ware is now described as "Pottery Lost in History".

Makuzu ware exhibited in this museum are selcted items from the collection of Hiroshi Yamamoto. Enjoy marvelous art works of Miyagawa Kozan in the musuem just 8 minutes walk from Yokohama Station.